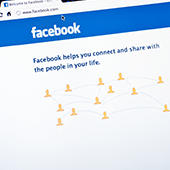 Facebook’s newest action can mean bad news to businesses. The company had announced its decision to screen its News Feed to include less content from publishers and businesses and more from your loved ones. This comes after the allegations of how social media has unconsciously shaped people’s opinion and mental well-being.

One of the main sources of revenue for the social media giant is from its advertising program. But with the changes set to take place, there’s a high possibility that users will spend less time on its platform. This would mean comparatively less effective advertising than before, thus fewer advertisement signups from businesses.

While they do admit this move may potentially hurt profitability, Facebook hopes this change will improve user experience, which in the long-run may translate into higher profits.

Users enjoy learning about what’s happening in their social circles. Whether what’s shared is as mundane as what someone recently baked, or as momentous as a wedding, every day millions of users like and comment about each other’s lives. For this reason, Facebook has decided to spotlight images and videos that are more meaningful to people on a personal level. Such posts have greater power to deepen human bonds.

Weighing the pros and cons of the News Feed change

However, research has found that constant use of Facebook can cause people to feel alienated and inadequate, reducing people’s overall well-being in the long run. According to the American Academy of Pediatrics, teenagers are especially liable to “Facebook depression,” as they constantly compare themselves with their peers.

On the other hand, several researchers believe that an individual’s personality has a greater impact on the type of response he or she will have. If you feel your life is very fulfilling, seeing your friend or family member having fun would make you happy. By contrast, if you’re unhappy or feeling insecure with life, seeing other people’s happier moments will depress you even more.

It’s still too early to tell whether this move will change society for the better and, at the same time, salvage Facebook’s reputation of being a platform that helps people connect with each other. Only time will tell.

Besides Facebook, there are other online channels that can improve your business reputation. If you’re interested in building a stronger web presence, contact us today and we’ll help you get started.

Published with permission from TechAdvisory.org. Source.
88

Office 365 enhancements for iOS and Mac